According to Google, to be disappointed is to be sad or displeased because someone or something has failed to fulfil one’s hopes or expectations. I think disappointment is probably my least favourite emotion – I hate feeling disappointed. In the past, in a bid to avoid feeling this way I’d resort to never hoping. I’ll tell myself if I stopped hoping then when my expectations weren’t met I wouldn’t feel cheated because I never hoped for it in the first place. What a big fat lie! Deep down, I always felt disappointed. I just wasn’t brave enough to admit it.

In the last year, I feel like I’ve been disappointed innumerable times. I kid you not – it’s no exaggeration. I felt like I had my heart broken daily. I would have great and grand expectations about my job, my relationships, and other aspects of my life, and on a daily basis it appeared like nothing was happening. It seemed like my hope had not been fulfilled and naturally, I’d end every day feeling a little bit disappointed. Notice how I used the words “appeared” and “seemed”? Please make a note of those two words, we’ll come back to them at the end.

I spent some time thinking about the root cause of disappointment. Here’s my theory: we get disappointed when we have a set way we want God (or someone) to act and he (or she) doesn’t do it how we dreamed or desired. If I focus on feeling disappointed by God, this is a big problem. Simply because God doesn’t dance to our music.

Anyway, I’ll give you a personal story. I had high hopes and expectations for the month of February because I had gotten a word from God regarding that month. Quite frankly, I was expecting a massive breakthrough. I’m talking about God parting the sea kind of miracle. On the last day of the month, I remember saying to God you mean you’re going to leave me hanging like this? What did I get? Silence. I remember breaking down and feeling so disappointed. Here’s a snip of what I wrote in my journal:

FYI it’s written word for word (no edits). I took some parts out for confidentiality but the main gist is still there.

I ran off my desk because I couldn’t control my tears. No matter how hard I try I just keep crying. Over the years I’ve learned that even when I withdraw from everyone around me the wisest thing to do is to still stay close to you even when I don’t want to. I barely said a prayer today because I’m just so tired. [..] I’m fed up of waiting for you. My disappointment grows and my trust in you weakens. How does a woman who danced and proclaims you as her everything have thoughts that relegate you as the God of disappointment? Mentally I’ve started prepping myself and saying when the month ends and I’m disappointed yet again I need to get ready to defend why what I hoped for didn’t happen. […] I don’t understand how Zechariah praised you after everything. I am so sick and tired of this journey. I’m tired of following you. Sometimes it feels like following you is a waste of my time. Though I know in my being that it isn’t true and it’s my frustration that’s leading my current responses that’s how I feel. I try to put up a good attitude and show up daily because of you. I thought maybe a month, maybe two… we’ve been here for ages. How do people who sit and wait for years without end do this? People glide and progress while it seems like I remain static. […] I haven’t heard Pastor Steven’s message but it’s taken from Acts 12. The story of Peter being in prison. This is what my life feels like – prison. I hate everything here. I hate it here. Okay, I don’t hate it but in this moment I feel* like I hate it. I am frustrated with you. This is just horrible. I’m so tired of you. I’m tired of your slowness to act. You just sit and watch and do nothing. When will you act? How does a woman start having the darkest of thoughts after praising you consistently?

Whatever happens, I still love you. But please understand at this very moment, I want to run away from you. I want my friendship bracelet back. I want to not call you daddy. I want to slam the door in your face and never come out. Why? Because I’m tired of being disappointed by you.

I reread that and was moved to tears. I was really in the deep that day!

Over the past year I’ve learned to understand that how I feel* or rather my emotions about something should not serve as the basis for deducing who God is. In that message it’s clear that I felt wounded and disappointed. I felt like I had been abandoned. That’s how I felt, and that’s okay. What’s not okay is to relegate God as the God of disappointment because I felt* disappointed.

In the midst of disappointment I’m not even going to lie to you guys – my faith shook big time. It took God’s mercy, and the plethora of people He had surrounded me with to get back on track. Hence why I say that there is power in community! To try and navigate the storms of your life alone is foolishness. You need to be with people who can give you perspective when you don’t have the words or quite frankly the faith. I remember one of my sisters saying to me “I will have faith for you because I know the God we serve.” She essentially meant she would stand in the place of prayer for me when I couldn’t seem to find my feet because disappointment was robbing me of the ability to keep hoping in the promises that God had laid on my heart.

I really was down honestly. Think about this way, I was experiencing heartbreak that appeared to be coming from God. I just couldn’t get my head around it. However, the next day after worshipping and speaking briefly to some of my mentors they reminded me that God’s word genuinely never fails.

“Even Elizabeth your relative, is going to have a child in her old age, and she who was said to be unable to conceive is in her sixth month. For no word from God will ever fail.””

Yes, sometimes the prophecies we receive seem like they will not be fulfilled; however, the truth still remains – God’s word never fails. Anyway, in the midst of the heartbreak I remembered I had heard about someone a few days ago – Jairus. His story reminded me that even when things seem or appear hopeless, it’s never truly over until God says so. People told him to quit bothering Jesus because his daughter was dead. Jesus replied she’s asleep (different perspective). Ending: He (Jesus) raised her from the dead and people saw God’s power and might. He gave the people a deeper sense of faith and revealed Himself in a new way. I know what you’re thinking “Tumi I just want to be normal! I don’t need to be the example.” I’ve been there many times. I’d love to encourage you and say there’s purpose in all we go through. Here’s another example: Elisha.

Elisha got a prophecy that stated he will be able to do double the amount that Elijah did. I believe Elijah performed about 7 significant miracles recorded in the Bible, which meant for that Word to be fulfilled Elisha would need to do 14. You know what’s funny? Elisha died after performing 13. Don’t you love God? He has such a great sense of humour! Obviously a rational person will see this and think the prophecy was nonsense, and God disappointed Elisha and the people. Some time passed and what happened? A dead man fell on his grave and he was brought back to life.

“Elisha died and was buried. Now Moabite raiders used to enter the country every spring. Once while some Israelites were burying a man, suddenly they saw a band of raiders; so they threw the man’s body into Elisha’s tomb. When the body touched Elisha’s bones, the man came to life and stood up on his feet.”

The 14th miracle eventually happened. God doesn’t disappoint. If He said something, then He will do it. Anyway, my point is, in the midst of disappointment, remember the story of Jairus and Elisha. Even when it seems hopeless, never stop hoping and believing.

I hope you find comfort in this piece and remember that regardless of how things appear or seem, God is still good and at His* appointed time He will come through on the promises He gave you.

He certainly is not a God of disappointment. When it seems like He is, keep waiting. 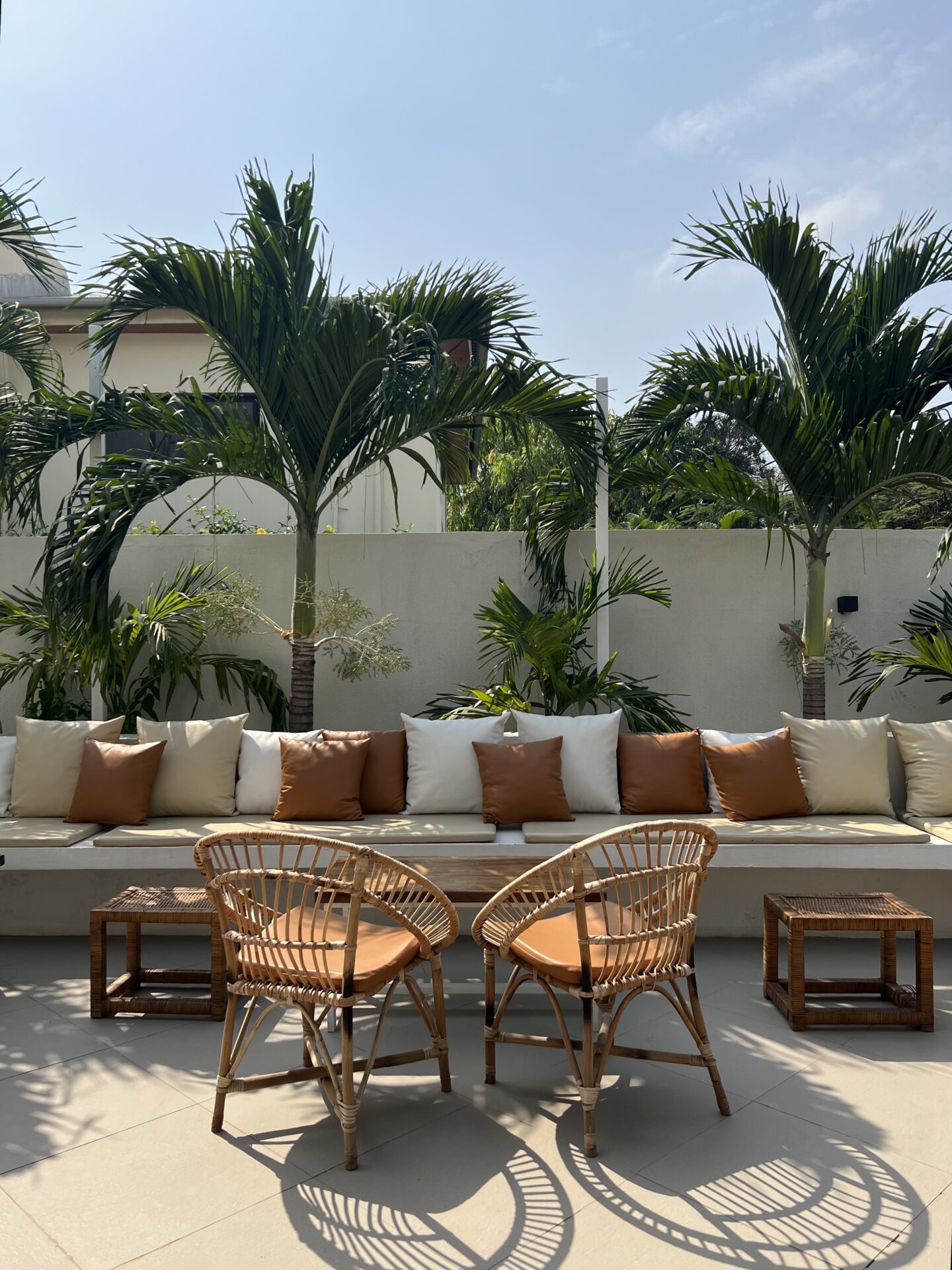 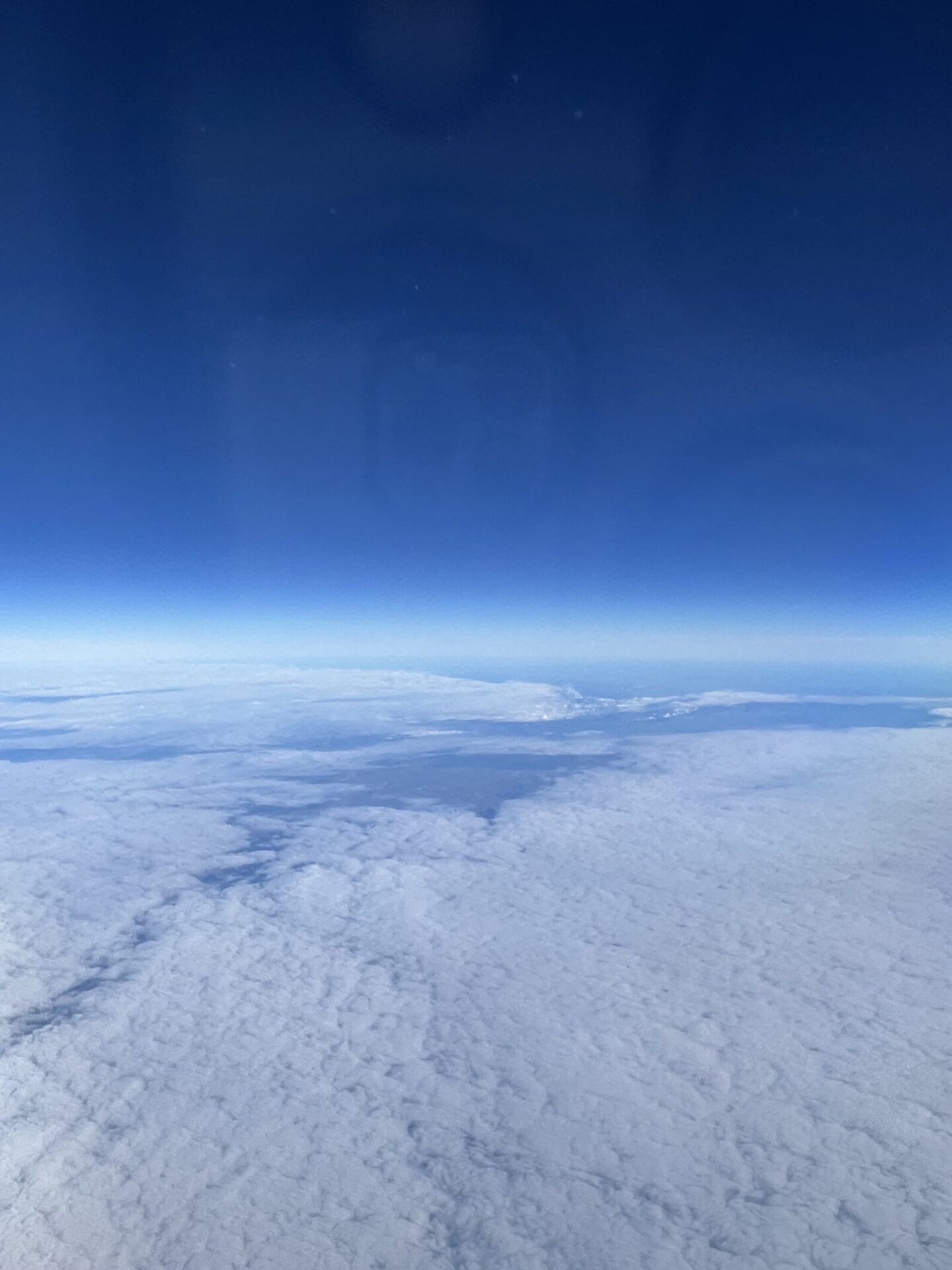 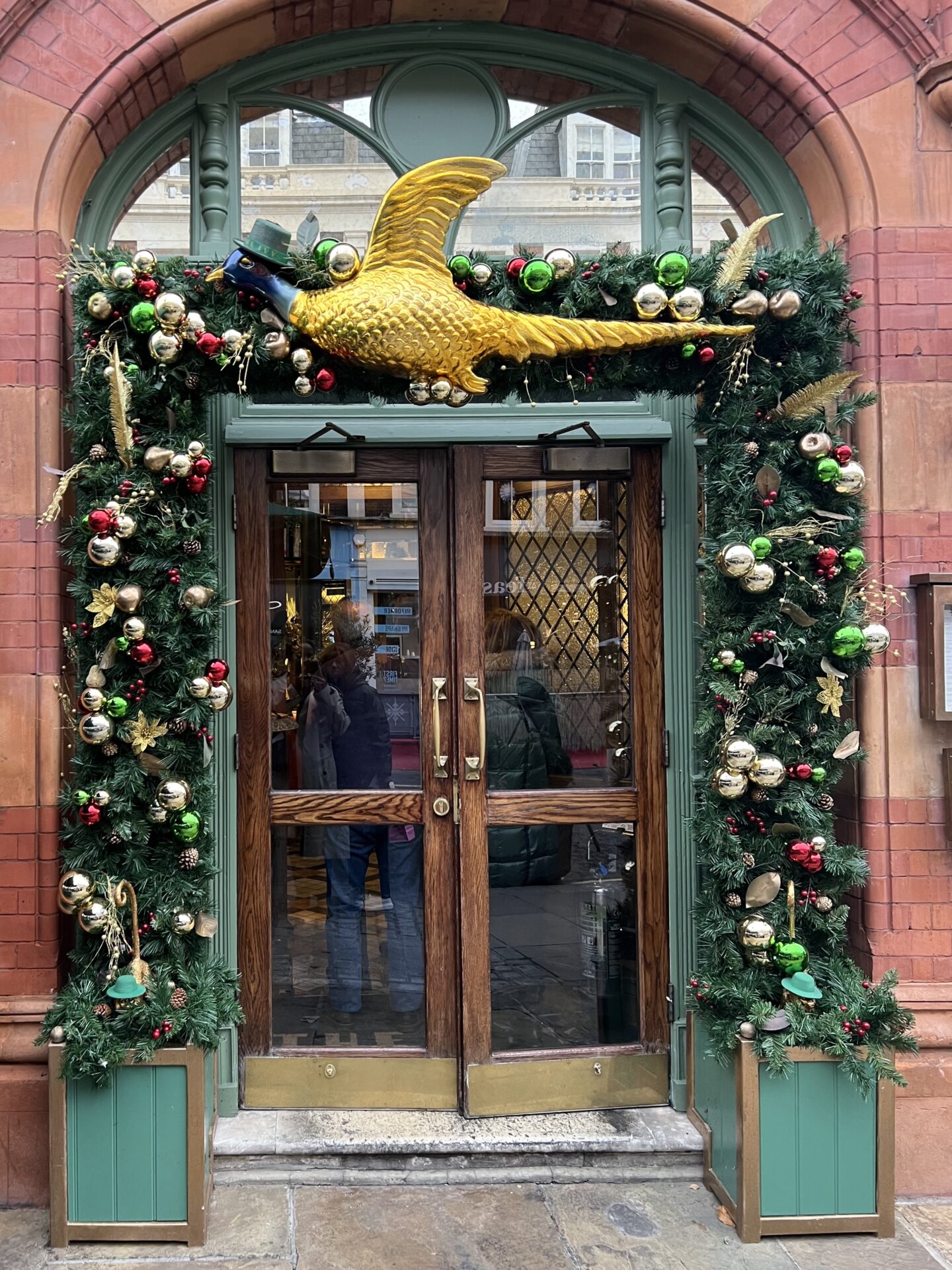 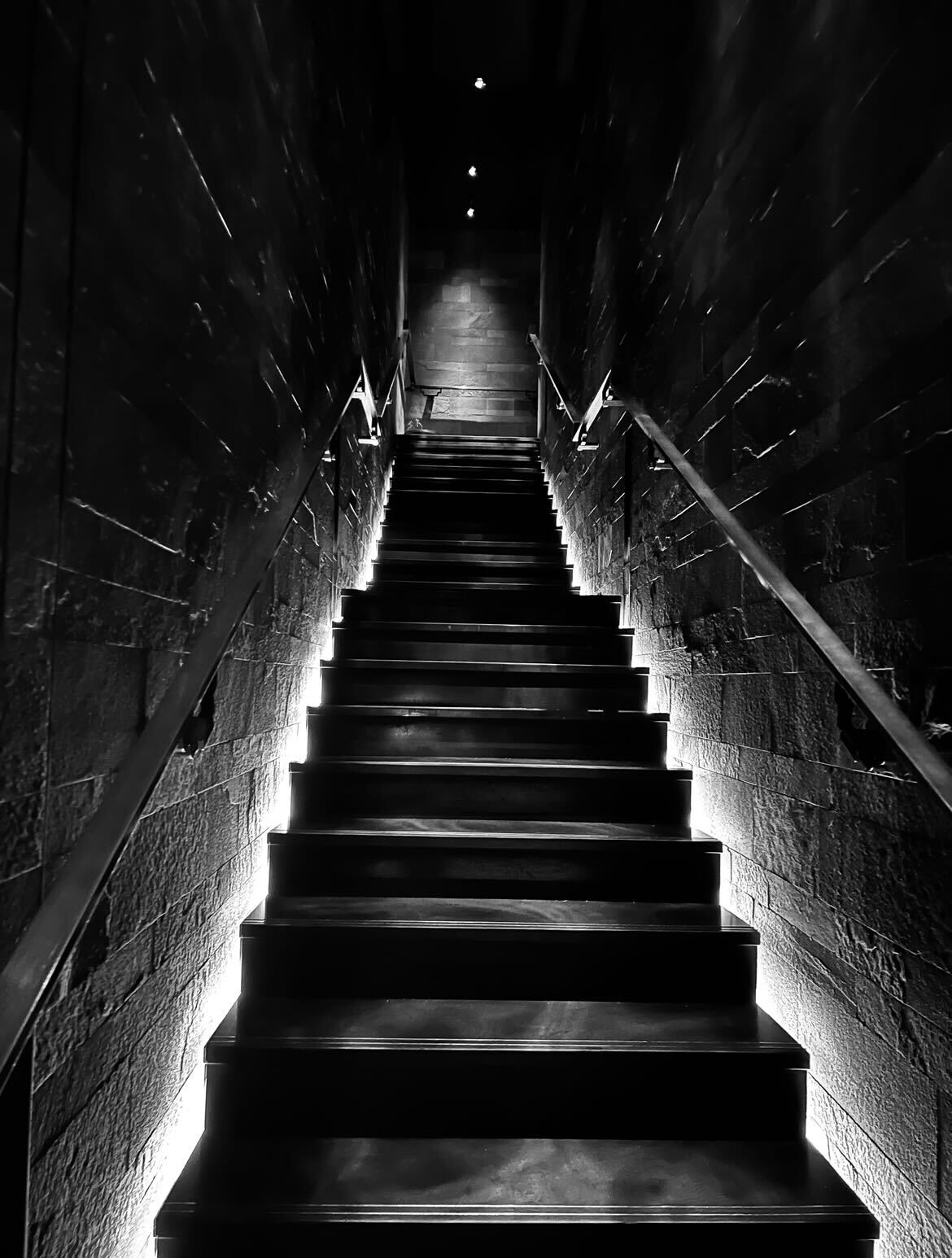 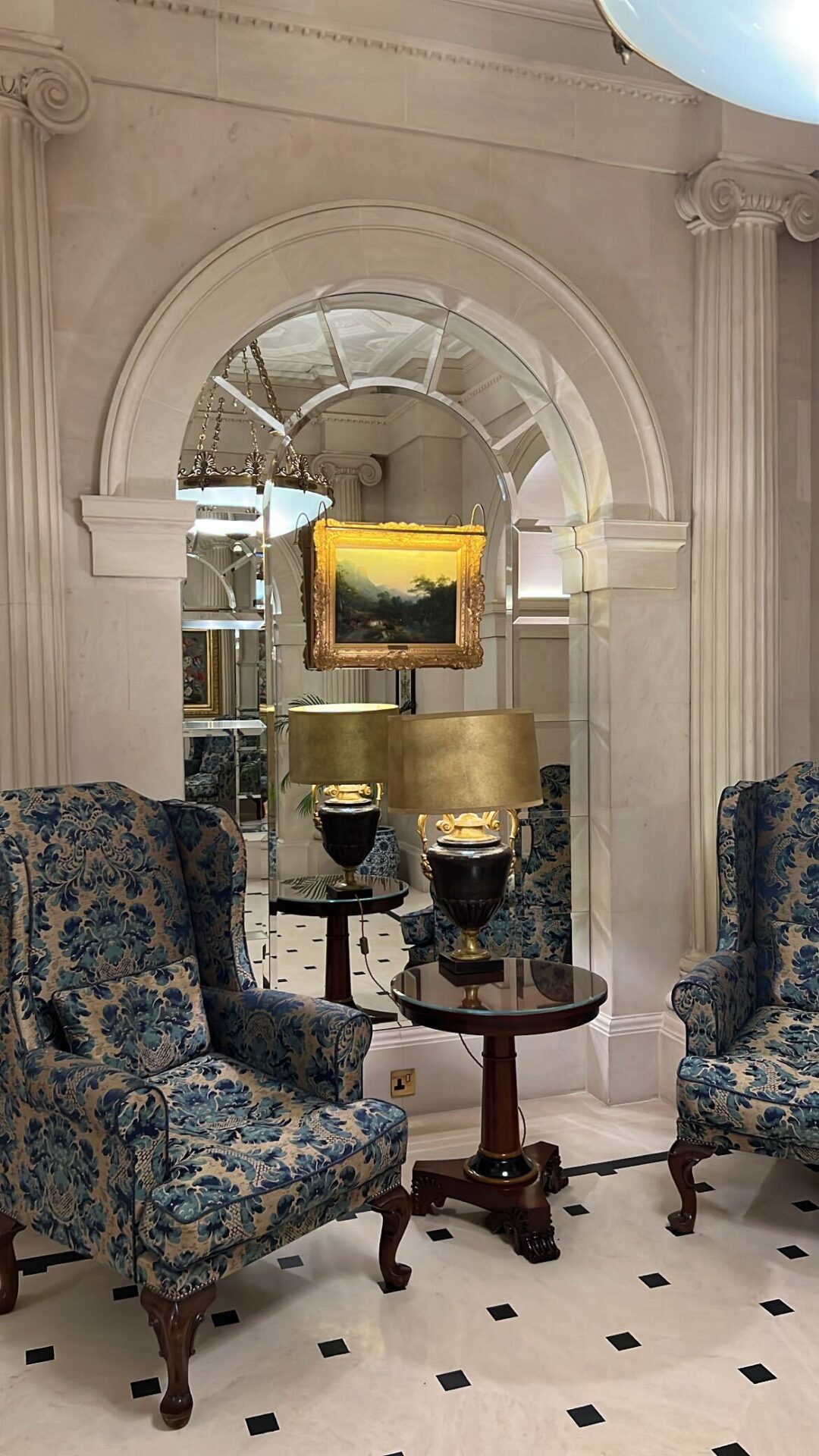